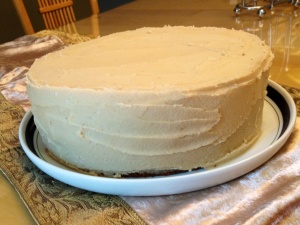 This is the one. A cake and a frosting recipe that I am beyond satisfied with.

Here’s the deal, it’s challenging and time-consuming to sort through the multitude of ‘paleo’ cakes and frosting recipes on the internet. They either have tons of butter in them, or the pictures look great but the actual cake tastes dry, or the frosting drips right off the cake. Since paleo cake ingredients aren’t that cheap, it’s a waste when the recipe doesn’t come out right!

This pumpkin cake has evolved through multiple test tries. My friend and I invented it in Seattle when we wanted some fall-ish flavored baked goods. We wanted it to be healthy and paleo, which resulted in the creation of healthy pumpkin cupcakes with no sugar, flour, canola oil, or butter. PALEO PUMPKIN. Done.

Now, it’s birthday party time and I’ve made a couple more tweaks to perfect this frosted treat! It’s tasty, delicious, and (I don’t like this word but it’s true of this recipe)… moist. The best part is that you can make this in a bread pan and make a light pumpkin bread for Thanksgiving, or your can make cupcakes or double the recipe for a double layer cake. Serve with a piping hot pumpkin spice coffee and some freshly ground cinnamon : )

What you need for the batter:

2. Mix all ingredients together in a standing blender (or handheld whichever you have)

3. Taste it and add more spices if you like it extra fall flavored

4. Spoon batter into a coated 9” round baking pan (makes one layer) or into a lined cupcake tray 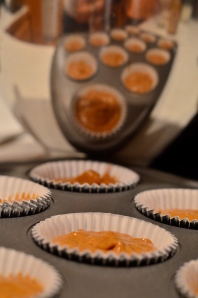 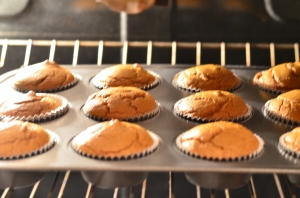 6. Let cool while you make the frosting! 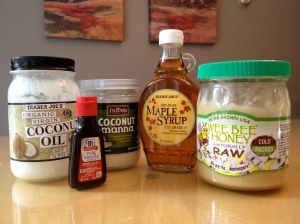 Blend all ingredients in a food processor or a blender. Frost away! If you want to use it later, store it in the fridge but make you let it come to room temperature before using.

Rhys LOVED the frosting the most.