This cheese obsession led me to connect with the Asiago Cheese Consortium, a wonderful place that you’re about to read all about. Yay.

Get ready to be enlightened.

Until recently, I didn’t know that authentic Asiago cheese only comes from the Asiago plateau in Italy and all other “Asiago” cheese is just an imitation or regular cheese.

If you’re like me (which you probably are since you’re reading an entire post about cheese), you’re probably wondering why PDO cheese is better than any other ‘Asiago’ cheese.

The food industry is failing us in America. We’re trying to produce food at an exponential rate while driving costs down, at the cost of our own health and the health of the animals and animal products we’re consuming. Food is begin mass-produced, packed with chemicals and preservatives, and genetically modified.

Massive dairy farms often mistreat cows, consistently artificially inseminating them and pumping them with antibiotics and hormones to make them produce more milk.

Read more about it here.

I’m not at all saying every major dairy farm acts this way. I am saying that we need to be more aware of what we’re consuming and how it affects our health and the health of the animals it comes from. Some non PDO ‘Asiago’ cheese actually contains things like powered milk products.

I think we can all agree that Italians have mastered the art of food. It just tastes better. Not to mention, it’s healthier.

Protected destination of origin Asiago cheese is completely produced in an area of Italy comprised of four provinces: Vicenza, Trento and part of Padua and Treviso. The cheese is made from the milk of cows who grew up in this region eating grass from the irrigated fields. Milk that is hormone-free 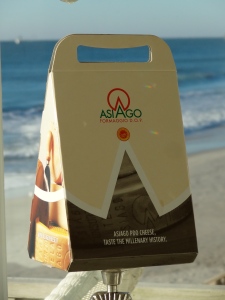 s to know: and fresh. The entire cheese making process is strictly regulated therefore guaranteeing an excellent product of quality. Props to this article on ChowHound; he does a great job further explaining this.

It’s specially marked so you can know if it’s the real thaaang.

Find nutrition facts and how authentic Asiago cheese is made can be found here.

I am a huge fan of not wasting time so here’s a list of where you can find authentic Asiago cheese: 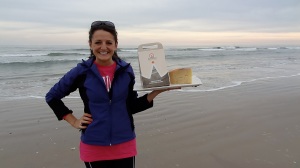 **Please know that I am not being paid to tell you this. I can honestly say that PDO Asiago cheese tastes so much better than anything other ‘Asiago’ cheese I have tasted, and I believe in the quality of this cheese and the humane way it’s produced.**